Three ways to make more money as a celebrant

It’s crass to talk about how much money celebrants make.
It’s not actually. It's good to be transparent.

If you love what you do, you shouldn’t complain about how much money you earn.
Why not want to gain more money for the good that you do?

It’s greedy to want more.
No it’s not.

Talking about money means it’s your only concern.
Not true.

We should make our prices more affordable so that everyone can afford us.
Not everyone is our client, which is why there are lots of different celebrants with lots of differing prices.

Sentiments like this don’t do us favors as celebrants. You can have a job that you love AND make good money from it. Money which enables you to pay your bills, feed your family, afford you a nice family holiday, whatever it is that you need your celebrant role to provide for you.

Making money and wanting to make more money as a celebrant is allowed and should be encouraged. Why should we suffer financially or not fulfill our earning potential all in the name of doing what we love?

Which scenario would you prefer?

I could talk about this all day. In fact, Claire and I regularly talk about money mindset and pricing with our CCHQ members as we think it’s super important.

So I want to share 3 top tips for celebrants interested in upping their earning potential and all-round job satisfaction whilst doing the job that they love that allows them to serve their community.

Do you want to take this further?

I highly recommend grabbing your FREE ticket to next week’s five day Wedding Business SEO Summit (Jan 25-29th). Many of the awesome 25 presentations focus on expanding, streamlining and creating more income in your wedding business.

From presentations on becoming a team to making money through passive income, you’ll find lots of ideas for making your wedding business more profitable.
Grab your FREE TICKET here, and don’t shy away from wanting the business you love to be a more profitable one for you. 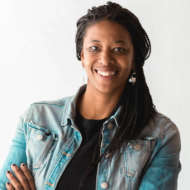 You will ALWAYS be a celebrant

Six ways you can learn for free via the Celebrants Collective

Three ways to make more money as a celebrant