Be the change: Anti-racism resources for creating change and doing better

My word, what a week! I think I have been through every imaginable emotion possible and back again. My brain actually hurts and I’ve even discovered it’s possible to run out of tears.

But do you know what? This is something that black people have been demanding to know for a long time. A very long time.

Over the weekend, I wrote about some of my experiences during my 13 years of being a wedding celebrant, a black wedding celebrant, and I highlighted some of the occasions where people treated me negatively because of my skin colour. You can read the Instagram post here.

I quite naively didn’t even think about what writing down my experiences would do to me and how it would make me feel. I totally underestimated how much it would hurt in sharing those experiences (although I’m glad that I did) and neither did I realise how it would expose some of my own failings too.

I am angry with myself that over the years I’ve just dismissed those racist experiences. Written them off as casual happenings. Put them down as insensitive acts by a few ignorant people. Laughed about them even.

And writing about these experiences has made me realise my own complacency. My own denial in just how bad things still are. My own ability to downplay the fact that racism, prejudice, bigotry and racial ignorance are still present in my world and the world that I work in. That I’ve simply brushed these experiences off and told myself not to worry because they’re probably a one-off! But we all know that’s not true, as recent events and shared experiences are telling us.

And in sharing my own experiences, I’m now hearing those of other black celebrants. Like the funeral celebrant whose own client told her that the funeral arranger had not only called to inform her that the celebrant was black but wanted to check that she would be okay with it.

Or another black funeral celebrant who got told by a funeral arranger that because they didn’t get many black clients, there wouldn’t be much work to pass on to her, as though being black means you can only serve black clients.

And another celebrant of colour consistently finding that she’s only being recommended to clients of colour and not to white clients.

These are just some of the stories of black celebrants who find it hard to get work because the colour of their skin is a barrier BUT I know there are so many more black celebrants and their similar stories out there.

I am not shocked. I’m just angry and sad.

If in the wake of everything that is happening, you are someone who is realising that you have your own inner work to do in terms of how you confront and deal with racism, then it’s time to do it. I hope you are that someone.

Now is the time to look at how you think about racism and the racist experiences that you have perhaps witnessed. Or the times you’ve helped perpetuate (unwittingly or wittingly) unequal or unfair treatment of people because of the colour of their skin.

If you’re ready to make a start with educating yourself and being a better ally,  the resources that have always been there are now being made more readily available and being highlighted and shared by more people, for the good of those who want to learn.

I’ve done a roundup of some of what is available. This list is a mere drop in the ocean of what’s out there, which you can quite easily find for yourself too. But these are the resources I’ve heard of, will be participating in myself or are books that I’ve read or have on my list to read.

LIVE SESSIONS
I’ve signed up for this live panel discussion ‘Healing Wounds and Bridging Gaps: An Honest Conversation About Race & Allyship in the Wedding Industry. It’s going to take place today – June 3rd at 1400 Eastern time (US and Canada). You can register and check what time that is for you, here on the registration page.

This Sunday, 7th June, Inner Activist Donna Lancaster and Anti Racist Activist and Educator Nova Reid will be hosting an Instagram live titled – Get your knee off my neck – a grief ritual. They’ll be holding a safe space online to allow for personal and collective healing and a place to release emotions and grief caused by the current injustices and unrest at 10-1200 UK time. Follow @donnalancs on Instagram to get access to this free live session.

Here’s to doing better and being better allies, friends, colleagues and celebrants.

4 thoughts on “Be the change: Anti-racism resources for creating change and doing better” 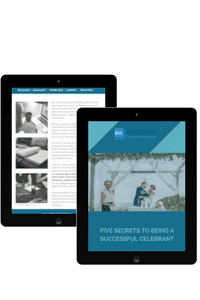 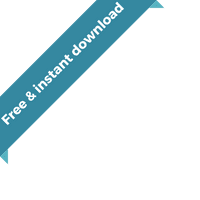